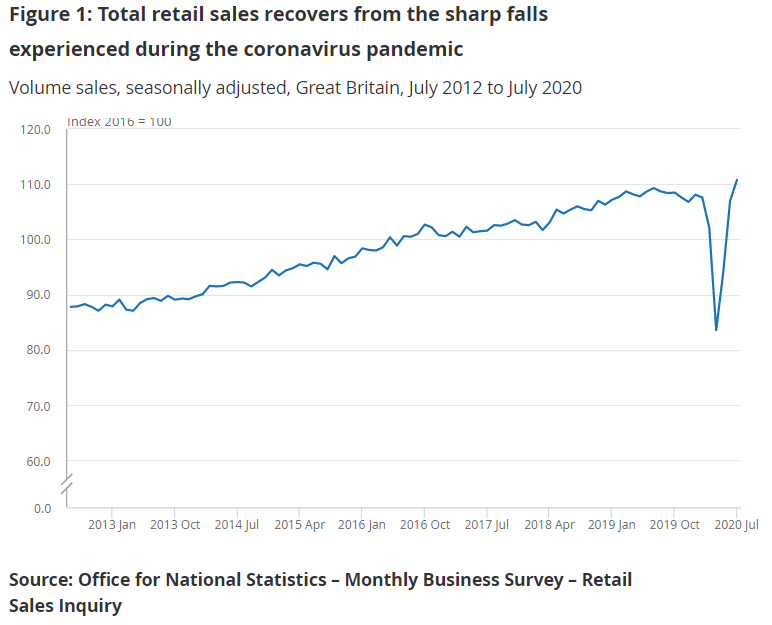 “Britain’s consumers are finally spending again, and their Government certainly is. The trouble is the Government is racking up colossal debts to pay for its largesse.

“No-one will be surprised to learn the UK’s national finances have plunged deep into the red. But the sheer scale of the debts being racked up is nevertheless breathtaking.

“With tax receipts falling as the UK faces up to a brutal recession, the phasing out of the furlough scheme is unlikely to bring the Treasury much respite if the number of Britons losing their jobs continues to spike.

“Nevertheless the UK equity markets got Friday off to a brisk start as it became clear the British high street is lurching back towards something resembling normality.

“With July’s retail sales figures rocketing past their pre-Covid levels and consumer price inflation rising steadily in response, the vital signs are there.

“But Britain’s recession is deep and punishing, and any recovery is likely to be fragmented. Such huge levels of Government borrowing will need to be paid for through higher taxes, but most marketwatchers remain reassured that this is a question for another year.

“The key question now is whether consumers and Government together can spend their way out of recession. So far, so unclear.”