Funded Forex Trader : What Is a Black Swan Event? 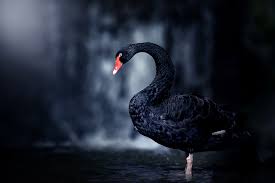 In the world of finance and the funded trader program UK, a black swan event refers to an event that is difficult to predict or a highly negative event. Simply put, black swan events are unknowable and unexpected. Nassim Nicholas Taleb, a former trader at Wall Street is credited with popularising this phrase.

Whenever a black swan event occurs, it tends to carry wide-ranging consequences especially for those trading on forex and the global economy. Considering such events haven’t occurred in the past, it becomes increasingly difficult for the popular to plan for them. However, some later come to believe the occurrence could have been expected.

A good example of a black swan event is the COVID-19 pandemic, especially considering its effects on the best funded forex trader programs. Similar examples include the Brexit vote in 2016, the 2008 global financial crisis, and the September 11 terrorist attacks in the US.

Origins of the Black Swan

As earlier mentioned, the term was coined and popularised by Nassim Nicholas Taleb. Besides being a securities trader, Taleb was also a finance professor. He has written several books which seek to explain the black swan phenomenon and its impact on those trading on forex. They include Skin in the Game, The Black Swan, and Fooled by Randomness.

A review of The Black Swan book indicates that such an event has three defining characteristics:
• It carries a big impact
• It is unpredictable
• After its occurrence, the populace invents explanations intended to make the events appear less random

Even though a black swan event isn’t possible to predict, Taleb argues that the funded trader program UK investors should be prepared for their possible emergence.
Though such events can’t be predicted, the black swan events tend to stand out from all the other occurrences due to their negative impact on society. They also greatly impact the money markets and the best funded forex trader programs.

On the other hand, a black swan event doesn’t just impact the global population. It can also occur in a person’s personal life in the form of a natural disaster, loss of employment opportunity, or the unexpected passing of a loved one.

The term black swans initially came into being when black swans were discovered in Australia. Before this, everyone else believed that only white swans were in existence in the world.

For instance, when the stock market experiences a bad day, investors who had placed short positions will view it as a positive event. However, an investor who had opted to heavily invest in the stocks market on that fateful day will generally see it as a negative occurrence.

The reality is that COVID-19 isn’t the first black swan event, and it won’t be the last!